A brief guide to Conservation NGOs

There is no getting away from it. NGOs make the conservation world go round. They do a lot o 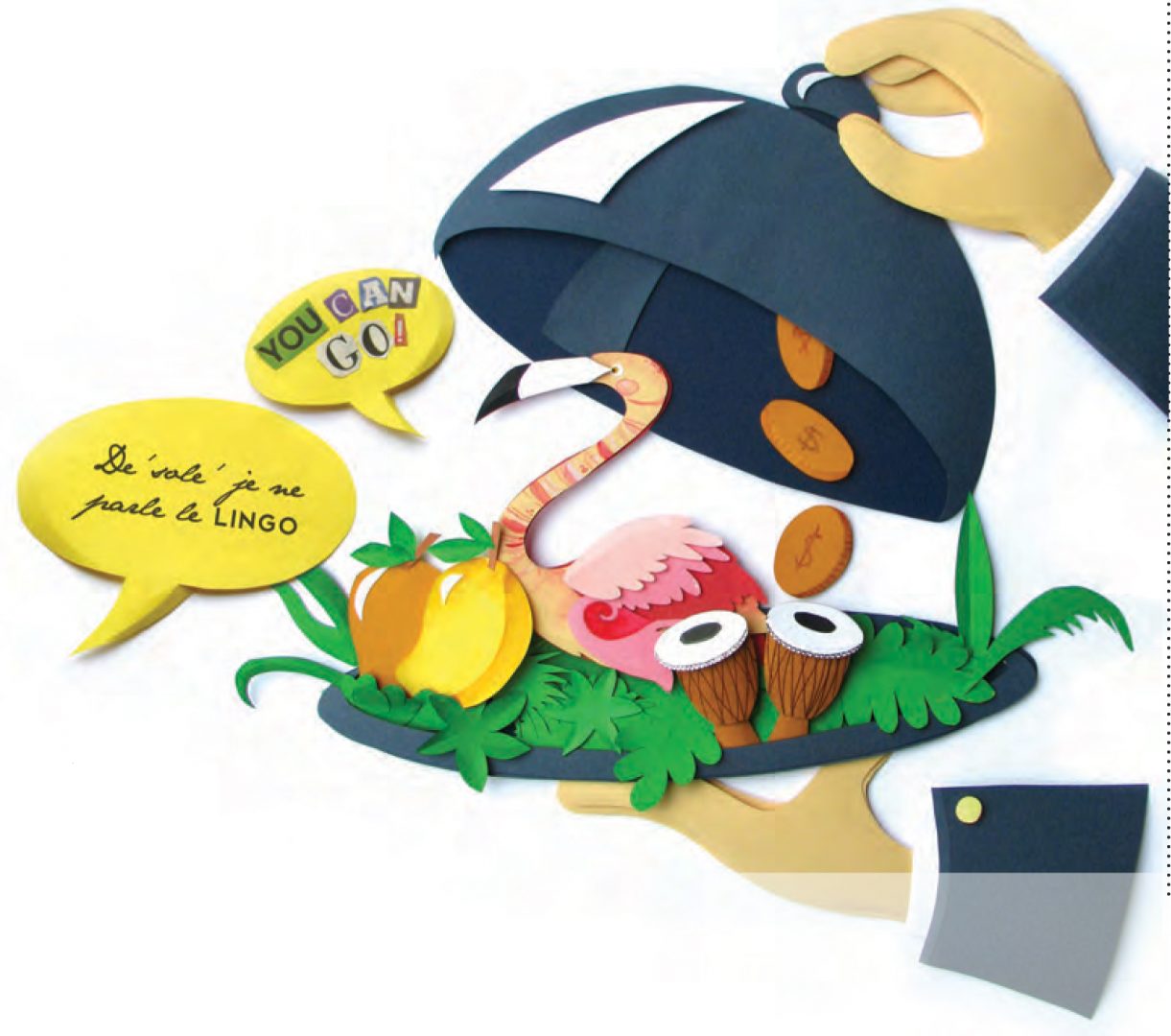 f the best science, have some of the best fundraising ideas, and inspire new cadres of conservationists to join up. They have also done a good job at keeping social scientists in gainful employment, either in academia writing critiques, or, more recently in the organisations themselves responding to their academic colleagues.

There are two problems with all this attention however. First of all, and this is an old bug bear of mine, the literature seems to separate conservation NGOs and ‘development’ NGOs even though there is no real difference between them – and even though analyses of them draw almost identical conclusions. The second is the crudity of the categories at work. We seem to have just space for ‘BINGOs’ (Big International Non-Governmental Organisations) and all the rest, when in fact the scene is much more complicated than that. So, in a bid to get the taxonomy going, here is a list of NGO species that Katherine Scholfield and I observed in a large-scale survey of conservation NGOs operating in Africa. 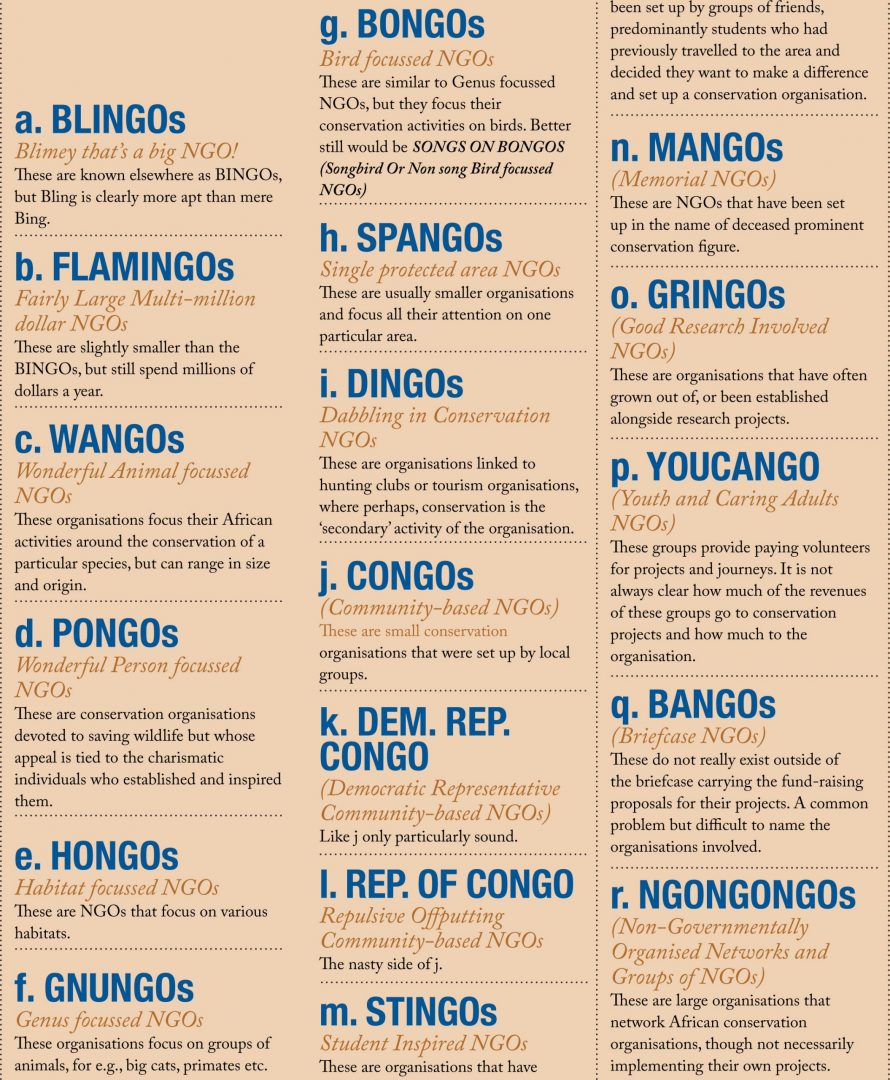 As you can see the important thing with these classifications is to get the acronym right. In fact we have also identified a number of suitable acronyms for other categories, but are hesitant to name the NGOs they describe, or have been unable to find any to fit them. These include OH NGO! (the set of particularly silly NGOs); BROWN NGOs (the NGOs who will say anything to get approval); sOGNNGOs (just because it’s an unpronounceable palindrome); PINGOs the cold hearted callous NGOs; LINGO (non-Anglophone NGOs); SORRY I DON’T SPEAK THE LINGO (Anglophone NGOs); SONGs (Francophone and musical); WRONGs (Francophone, but misguided); TANGOs (pairs of NGOs moving in harmony, very rare); NGORONGORO (multiple use NGOs in northern Tanzania), and their neighbours over the border: NGONGs (a collection of Anglophone and Francophone brass pecussion NGOs focussing on conservation south of Nairobi).